Even though “Attack on Titan” Season 4, popularly known as the Final Season, is already two-thirds of the way through, there are still a lot of people who are playing catch-up. Someone somewhere is starting to watch the series for the very first time right now second, and just like the legions of anime fans who watched the series when it initially aired, they are most likely asking themselves a plethora of new questions at every single new turn in the plot.

After all, despite the fact that “Attack on Titan” excels at both action and horror, the mystery is the primary force behind the progression of the tale. This is demonstrated in Seasons 1 and 2, which prompt viewers to speculate about the history of the walls and the titans’ true identities. The aforementioned inquiries are addressed in Season 3 of “Attack on Titan,” which, regrettably, also raises a plethora of brand-new ones.

For example, we gain a deeper understanding of the humans who live outside the walls, as well as how they are linked to the emergence of the Titans and Titan-Shifters. However, they are not particularly nice, and a fight between the Scout Regiment and the interlopers begins to develop almost immediately. Thankfully, the Scout Regiment manages to overcome the enemy leader, a new Beast-like Titan-Shifter named Zeke, and they eventually get to unlock the door to Eren’s basement, where they will find the answers to all of their concerns.

Unfortunately, every time one of Erin’s father’s secrets is revealed, it raises a new issue, and the entire process may be very confusing. The following is an explanation of how “Attack on Titan” Season 3 came to its conclusion in case any viewers still had doubts about the story before moving on to Season 4.

The Mysterious Past of Erin’s Father, The Walls, and the Titans is Finally Revealed to us

Back in the very first season of “Attack on Titan,” the mystery surrounding Grisha Jeager’s basement was introduced for the very first time. After such a long period of time has gone, it is understandable if you have nearly completely forgotten that it was ever a thing. In spite of this, by the end of Season 3, the Scout Regiment will have successfully overthrown the government of Eldian and installed Historia as Queen, they will have vanquished the three Titan-Shifters, and they will have retaken Shiganshina, allowing them to reveal the truth about everything that has been going on. The party comes to a desk in the basement of Eren’s house that has a picture of Grisha posing with an unidentified woman and child.

The writings of Grisha expose the realities of the world beyond the city walls, including the existence of flourishing civilizations that have developed sophisticated technology (such as photography). Later on, we get a glimpse of Grisha’s past through Eren’s nightmares. These memories show his childhood spent in a country called Marley, where he and other Eldians are subjected to persecution at the hands of the authorities. An Eldian by the name of Ymir is said to have struck a bargain with the Devil of All Earth many millennia ago in order to become the first Titan. After she passed away, her descendants were given a portion of her strength, which they utilized to subjugate and dominate Marley using their Titan skills. In the end, the Marleyans staged a rebellion, which resulted in their ousting the Eldians and gaining control of part of the Titans.

After that, the Eldian King rounded up a section of his subjects and made his escape to Paradis Island, where he constructed the fortifications with the assistance of his own Titans. Since then, Marley has been oppressing their own Eldian populace, turning dissenters into Titans in order to maintain order among the Paradis Eldians.

The Past is Not as Simple as Black & White 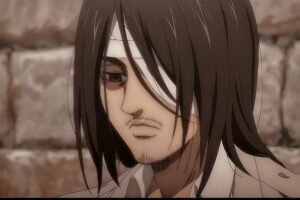 During the same dream sequence in which we witness Grisha learning Eldian history from his own father, we also see a much older version of Grisha learning an alternative story as an initiate in the Eldian Restoration Movement. In this interpretation of the events, Ymir and her subjects, also known as her descendants, make use of their abilities for the greater good of the entire planet. And when the Marley family started their rebellion out of their own self-interest, the pacifist Eldian King did nothing more than flee to Paradise Island in the name of maintaining peace.

Conflict Is Unavoidable No Matter Which Side You Choose To Support

It turns out that these shocking revelations are not the last ones that Eren will receive about the world in his dream. Grisha is also seen getting married to the future heir to the throne of Eldia, having a son named Zeke, and bringing him up to infiltrate Paradis Island. However, he takes Marley’s side and betrays his own parents in the process. Grisha is given the death sentence and told he would be titanized and taken to Paradis, but the head of ERM is able to save him at the very last second. The story of “Attack on Titan” is kicked off when Grisha takes matters into his own hands and sneaks over the walls, where he establishes his second family.

Eren and the other Eldians eliminate the remaining titans on Paradis Island using the knowledge they have gained from all of this new information before making their way to the coast for the first time in generations. However, despite the fact that this is a happy time for many, Eren does not show any emotion at all. Now, he is aware that beyond the island lies nothing but enemies, and it does not matter which version of history proves to be the correct one — because Marley is aiming his rifle at them whatever, and they need to defend themselves. 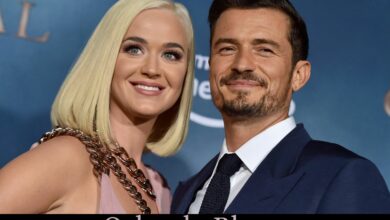 Fear The Walking Dead Season 7 Episode 15 Here’s Everything You Need to Know!