The girl in the basement’s real story began when Elisabeth Fritzl, 18, went missing on August 28, 1984. Rosemarie, frantic about the whereabouts of her daughter, filed a missing person report. Elisabeth’s parents assumed the worst after weeks of no communication. A letter from Elisabeth arrived out of nowhere, explaining that she had run away from her family because she had grown tired of it.

Josef told the policeman that he did not know where she would go, but that she was likely to become part of a religious cult as she had previously expressed an interest in joining one. It turned out that Josef Fritzl had a good idea where his daughter was: about 20 feet below the police officer.

The Girl in the Basement Real Story: 24 Years of Excruciating Pain

Joséf, the family’s patriarch, called his daughter into the basement on August 28, 1984. He needed help to carry a door he had to reinstall in the newly renovated cellar. Joseph fixed the door into position while Elisabeth held it. After it was on hinges, he turned the door wide open and forced Elisabeth inside. He knocked her unconscious with an ether-soaked towel.

Elisabeth Fritzl saw nothing but the dirt walls of the cellar for the next 24 years. The Mother and police were fed lies by her father about her joining a cult and running away. Police would eventually use up all resources investigating her whereabouts and the world would soon forget about the missing Fritzl girl. Josef Fritzl, however, would not forget. He made this very clear to his daughter over the next 24 years.

As far as the Fritzl family was concerned, Josef drew plans for the machines that he sold every morning at 9 AM in the basement. His wife wouldn’t be concerned if he spent the night every now and then – her husband was a hardworking man who was devoted to his career.

According to Elisabeth Fritzl, Josef was a monster. A minimum of three times a week he would visit her in the basement. It was usually every day. During the first two years, he kept her confined by leaving her alone. After that, he continued to rape her every night, just as he had done since she was 11 years old. 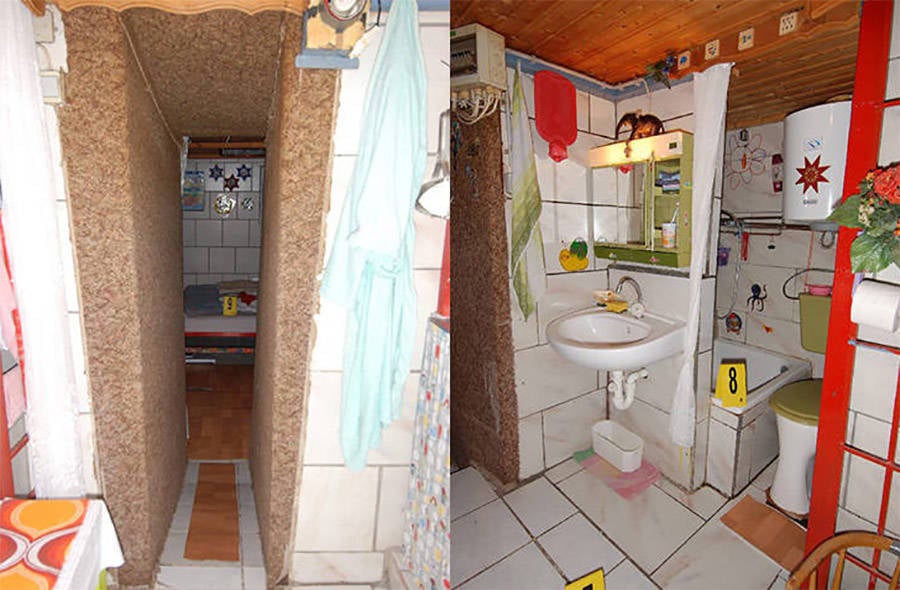 For the duration of their mother’s imprisonment, Kerstin and Stefan remained in the cellar with their mother, being supplied with food and water by Josef. Under their horrific circumstances, Elizabeth attempted to teach them what she knew and provide them with the best life she could.

In the 24 years that followed, Elisabeth Fritzl gave birth to five more children. Three others were taken upstairs to live with Rosemarie and Josef, one died shortly after birth, and one remained in the basement with her.

Nevertheless, Josef did not simply bring the children up to live with him.

He staged elaborate discoveries of the children. Whenever a child was delivered, it would be swaddled neatly and accompanied by a note allegedly written by Elisabeth, explaining that she couldn’t take care of it and would leave it with her parents. 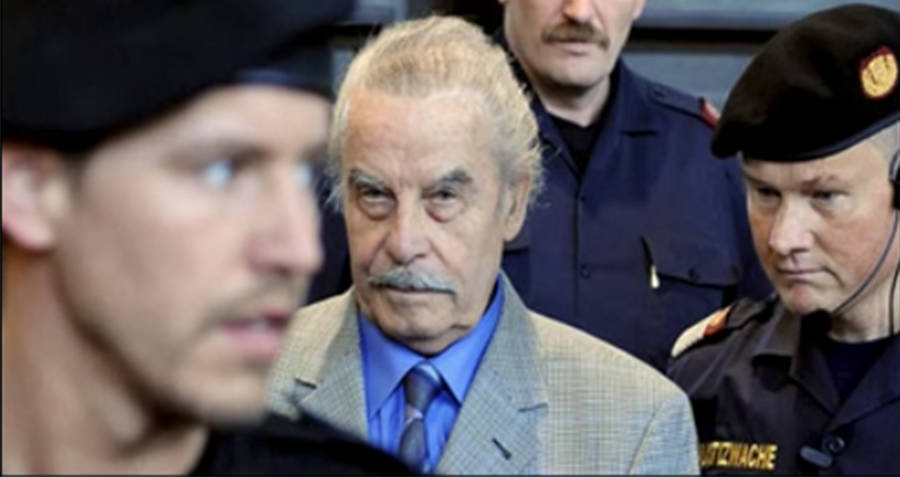 YouTube: the culprit in girl in the basement real story, Josef Fritzl.

Social services allowed the Fritzl family to keep their children regardless of how they came about. The baby’s grandparents were initially believed to be Rosemarie and Josef.

The length of time Josef Fritzl intended to keep his daughter in his basement is unknown. Despite getting away with it for 24 years, he was going to continue doing it for yet another 24 years.

Girl in the Basement Real Story: A Narrow Chance

In 2008, one of those children became ill in the cellar. Elizabeth begged her father for permission to get her daughter Kerstin, 19, medical treatment. Her health had rapidly deteriorated, and Elisabeth was beside herself. He reluctantly took her to a hospital. In an effort to explain Kerstin’s condition, he said he had a note from her mother indicating that she should be taken to the hospital.

Kerstin was questioned by police for a week and the public was asked for information on her family. The public was in the dark because Kerstin did not know anyone. The police eventually became suspicious of Josef and reopened the investigation into the disappearance of Elisabeth Fritzl. As they read the letters that Elisabeth had been supposed to have left for the Fritzls, they found many inconsistencies.

In 2008, Josef finally released Elisabeth from the cellar after 24 years of captivity, but it is unclear whether he felt the pressure or changed his mind. The hospital staff alerted police to her suspicious arrival as soon as Elisabeth arrived at the hospital to see her daughter.

After that, she was taken into custody to be questioned about her daughter’s illness and her father’s account of the incident. Elisabeth Fritzl told the police the story of her 24-year imprisonment after she had made the police promise she would never have to see her father again.

In her explanation, she explained that her father kept her in the basement and made her gave birth to seven children. All seven of them were born to Josef Fritzl who came down almost every night, made her watch pornographic films, and then raped her. He had abused her since she was 11 years old, she said.

During the arrest, the children were released from the cellar, and Rosemarie Fritzl fled the house. Josef confirmed that she had been unaware of the events taking place right under her feet. Likewise, the tenants of the Fritzl home on the first floor were never aware of anything going on below them, as Josef explained all noises away by blaming faulty piping and a noisy heater.

A secret Austrian village known as “Village X” is now home to Elisabeth Fritzl under a new identity after the Police got to know about the girl in the basement real story. The home is constantly monitored by CCTV cameras, and police are on patrol at every corner. Interviews are not allowed inside the family’s walls, and they themselves do not give any. The last photo taken of her was when she was 16 years old, even though she is now in her mid-fifties.

Her new identity was concealed so that her past would be hidden from the media and she could lead a new life. Many, however, believe she has been immortalized better because she has been imprisoned for 24 years.

YouTube: Elisabeth Fritzl at age 16 (The Girl in the Basement Real Story

Sicario 3: Is Emily Blunt Returning for the Finale?

Will There Be Insatiable Season 3?