Player anticipation for Season 2 of Fortnite is skyrocketing as Chapter 3, Season 1 nears its conclusion. Fortnite produces new skins, weaponry, collaborations, and events every season, as is well-known. This season should be no different than last season’s Chapter 3 if everything goes as planned.

Keep reading to learn more about the release date of Fortnite Chapter 3 Season 2 and other information. For some time now, Fortnite players have been speculating about a possible Star Wars cooperation for the future season.

A lot of Star Wars-themed content is expected in the next season of Fortnite, if rumours are to be believed. Weapons, skins, vehicles, and more could all be included in this. A few reports, however, have stated that players may not have access to an event at the end of Season 1, suggesting that the game may be unavailable for a few hours before Season 2 begins.

On Epic Games’ website, it was said that the current season of Fortnite, referred to as Season 1, will end on March 19, 2022. The new season of Fortnite is unlikely to begin on March 20, 2022, a Sunday, because Epic has never liked weekend launches in the past.

It’s possible that in the coming days, Fortnite may release some teasers and trailers about the forthcoming season’s features. Although the multiplayer game is expected to have a season finale, it appears improbable at this time.

It was just recently that Fortnite released the March crew bundle as part of the Fortnite Crew bonuses. On Epic Game’s official Fortnite page, the update was revealed. New Fortnite Tracy Trouble costume and other V-Bucks bonuses are included in the March Crew pack.

In case you’ve been living under a rock, Epic Games’ Fortnite Crew Packs are a month-to-month subscription service. It is one of the Crew Packs that have been released and gives players with exclusive stuff each month.

According to HYPEX’s reports, Epic Games is hard at work developing some type of Zeppelin-style plane for the title. With any luck, this season will see the completion of that leak.

To our surprise, HYPEX found indications of a tank-like vehicle classified as Tread Vehicle in February of this year. The general consensus is that players will be able to drive IO drills as soon as they are available with treads.

As Tabor Hill’s initial leak stated, “derivable vehicle with turrets modelled on something we’ve seen before” was mentioned.

In recent months, Netflix has been busy adapting licenced video games for their streaming service. A new project is currently in development. An anime version of the popular fighting game series, Tekken: Bloodline was recently revealed by the business.

It stars many of the characters from Tekken 3. With this, Cast levania, The Witcher and Arcane join a slew of others. Even though the game adaption of Tekken isn’t due out for some time, we already know quite a little about it from the trailer. 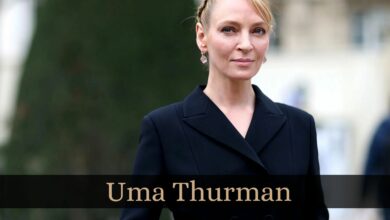