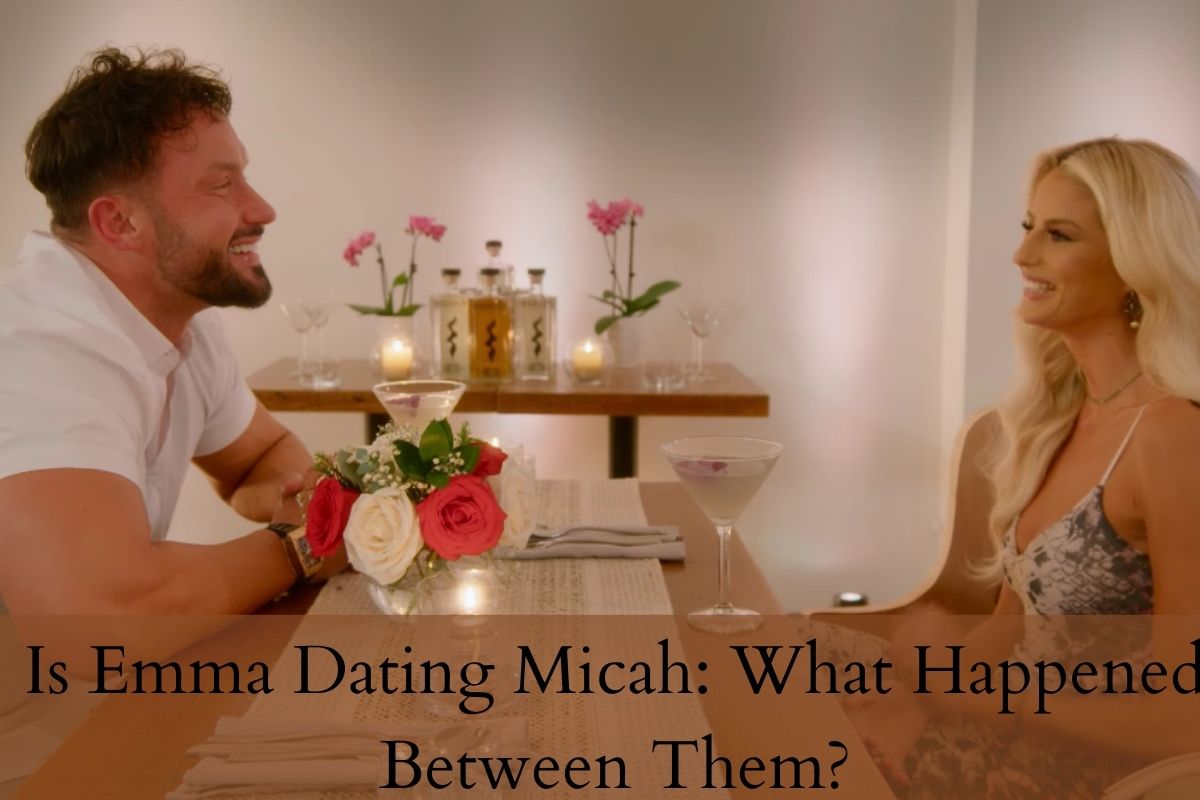 Season 5 of the popular reality show about real estate agents is now available on Netflix, and it’s great to see it back. The customary Chrishell vs. Christine squabbles, aspirational real estate listings, and the entrance of new cast member Chelsea Lazkani have all delighted viewers. The season also has a strong focus on the relationships between Mary and Romain, as well as Jason and Chrishell (finally! ), who face new obstacles together.

Selling Sunset’s Emma Hernan, who joined the cast in season 4, is also feeling the love. Several episodes of the most recent series feature Micah courting a blonde entrepreneur. If their dates have progressed into something more serious, people want to know about it.

Who Is Emma Hernan?

“Selling Sunset’s” Emma Hernan is the epitome of the multi-hyphenate. At the Oppenheim Group, where she works as a luxury real estate agent, she’s also an Olympic-qualifying swimmer, vegan empanada entrepreneur, and “daredevil.” Dares that she’s recently issued include the following: Season five of “Selling Sunset,” which premieres on April 22nd, features a photoshoot at the brink of an infinity pool to wow a global client. Hernan said to TODAY that she would “very much do anything” to get a house sold.

‘Selling Sunset,’ which depicts events at the Oppenheim Group, an exclusive brokerage in Los Angeles, is Hernan’s second season on the show. She described the upcoming season as a “10 out of 10,” and promised that it would showcase her “personal life and personality,” including her penchant for extreme sports. She and co-star Christine Quinn’s turbulent relationship, as well as their past history with the same ex-boyfriend, were the main emphasis of last season.

Who Is Micah McDonald?

Season 5 of Selling Sunset introduces us to Micah McDonald, a real estate developer. He claims to be an “Entrepreneur, President & CEO, and Hybrid Athlete” on Instagram. Sagrado Mezcaleria + Kitchen is also owned by him. Micah looks to be a health and fitness fanatic, as he frequently publishes pictures of himself working out in the gym on his Instagram page. He’s also a fan of the Houston Rockets, a professional basketball team. As he has been spotted on social media frequently visiting their games.

Recently, the show’s developer revealed on social media that he purchased the multi-million dollar mansion he’s seen refurbishing back in 2016. And it took a total of five years to complete. In any case, it’s finally done! After posting images of the finished property online with the caption, “She came out better than expected,” he added. Sagrado Mezcaleria + Kitchen will open its doors in January 2022, according to his Mezcal endeavors. On its website, the restaurant claims to be devoted to “celebrating the spirit of Mezcal”.

The Oaxaca region’s Mezcal family has kept their holy techniques to themselves for decades, according to a statement. It also has “the widest selection of Mezcals in the world.”. There’s good news for fans of Emma’s private tasting date with Selling Sunset: the cocktail she had is now available to them! Sacred Kiss Mezcal, Crème de Violette, Luxardo Liqueur, and Lime Juice combine to form this drink.

Micah and Emma have “grown closer” since the program, although they are not formally together, Emma Hernan confirmed in late April.

The 30-year-old actor said in an interview with Entertainment Tonight: “We’ve become closer. However, that’s approximately where it is. We’ll have to wait and see. Season 6, maybe, will see the introduction of a label or ring. “Who knows?” you would ask.

Episode 3 of Selling Sunset season 5 was the first time viewers watched Emma and Micah get to know each other. As Micah was building a house and trying to sell it, the blonde realtor decided to take on the listing. As soon as Micah walked into the room, the audience was able to tell that the two were attracted to each other. To make things even better, Emma agreed to go out on the town with Micah and try out his new Mezcal restaurant with him.

Emma Hernan and Micah have been dating for six months as of the start of Selling Sunset season five, which began filming in November of that year. Interestingly, none of them had been following the other for very long on Instagram. Furthermore, there are no images of the two of them together on either profile.

Emma alluded to the fact that they haven’t made things official because of their distance. Emma spends most of her time in LA, whereas Micah spends much of his time in Texas. Because of this, it’s unlikely that they’ll ever get to know each other.

“I’ve done the long-distance thing for so long that it would be lovely to have a relationship where they’re in the same, at least, state,” she said to ET. ” In spite of this, she admitted that things between the two had obviously “moved forward” since their steamy hot tub date in the season finale.

What Happened Between Micah and Emma?

Following their tour of the property, Micah invited Emma to join him for a drink at Sagrado Mezcaleria + Kitchen, a new restaurant he recently launched in Los Angeles. Emma Leigh & Co. empanadas came along on the ride, thanks to her acceptance of his generous offer!

We had a good time on our first date/hangout. Emma and Micah, on the other hand, sought to maintain a professional demeanor throughout the rest of the season. Emma, in fact, ended up taking Micah’s property on the market. Both of them enjoyed the property’s hot tub as their season came to an end. The flirtatious Emma made it clear that she was looking forward to seeing where this could go.