When does ‘Obi-Wan Kenobi’ Episode 3 Drop on Disney Plus?

There have been whispers of an Obi-Wan Kenobi stand-alone TV show or film for a long time. Because Obi-Wan has long been one of the most popular and adored Star Wars characters, the idea to make him the star of his own miniseries received a lot of good feedback from Star Wars fans all around the world. The “Obi-Wan Kenobi” miniseries premiered last week, with the first two episodes broadcasting on the same day. Fans who expected the entire series to be available from the start, like with other Netflix shows, are wondering when the next episode of Obi-Wan Kenobi would be released. Continue reading to find out when Obi-Wan Kenobi Episode 3 will be released.

When Will Episode 3 Obi-Wan Kenobi Be Released?

This Wednesday, June 1st, 2022, the third episode of the Obi-Wan Kenobi serial will debut. It will be available to view at 12 a.m. PT/3 a.m. ET/8 a.m. BST/7 a.m. GMT. Because the first two episodes were broadcast at the same time, many fans were confused as to when the next Obi-Wan episode will air. When it comes to Disney+ TV shows, though, this appears to be a typical occurrence.

They frequently broadcast two or three episodes at the start of a season, most likely to persuade viewers to watch. The remaining episodes will be released one by one on a weekly basis after that. Since the previous episode ended on an exciting note (which we won’t ruin here in case you haven’t watched it yet), Episode 3 will continue that storyline, and things for “Ben” Kenobi will become even more problematic.

Ewan McGregor, a Scottish actor who first played Obi-Wan Kenobi in Star Wars more than 20 years ago, is reprising the character for a new Disney+ series.

Who is in the Cast of Obi-Wan Kenobi? 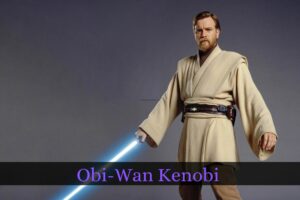 Ewan McGregor plays Obi-Wan Kenobi, the titular character. For years, there have been rumors that the actor might return to the role he played throughout the prequel trilogy in a standalone film, but he’s now confirmed to star in the Disney+ series. “I’ve been saying ‘Oh, I don’t know’ for four years,” he told fans at D23 2019. “Now I can confidently declare, ‘Yes, we’ll do it.'” Hayden Christensen reprises his role as Darth Vader in this show, years after he gained his notoriety as Anakin Skywalker and made his thoughts on the sand well known.

We already know he’ll supply the body, but what about the voice? After all, it’s difficult to envision anyone other than James Earl Jones speaking from behind that mask. Moses Ingram, who starred in The Queen’s Gambit, will play Reva, a force-sensitive Inquisitor who will be a new villain in the series. Rupert Friend, well known for his role as The Grand Inquisitor in the animated series Star Wars: Rebels, will also appear in the film.

Sung Kang, who starred in the Fast and Furious franchise, will play the Fifth Brother, a Rebels figure and Inquisitor. A large cast list for Obi-Wan Kenobi has been revealed by the Star Wars Twitter account, which you can find below.

Indira Varma of Game of Thrones, who will play an Imperial Officer, Kumail Nanjiani of Eternals, who will portray conman Haja, and Maya Erskine of PEN 15 are among the cast members. Joel Edgerton and Bonnie Piesse, who played Luke’s aunt and uncle in the prequel trilogy, are also returning.

Is Obi-Wan Kenobi Getting A Trailer?

The official trailer has been out, and it features a familiar piece of music, a young Luke Skywalker, and The Grand Inquisitor. Take a look at the following:

The first teaser for Darth Vader appears in the official Obi-Wan trailer, with Obi-Wan seeking to persuade Owen Lars to allow him to train a young Luke Skywalker in the ways of the Jedi.

Where can you see Episode 3 of Obi-Wan Kenobi?

Disney+ is the only location where you can view Obi-Wan Kenobi. If the service isn’t available in your country, you’ll have to wait for a Blu-Ray release to view it legally.